Temperature anomalies continue in the Arctic

Much of the Arctic is showing huge temperature anomalies at the moment. The image below shows the anomalies for February 24, 2012. 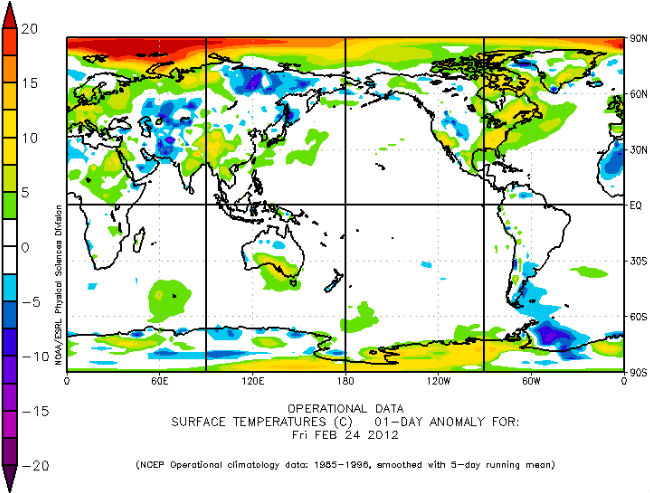 Locations in the Arctic have been showing temperature anomalies of over 20 degrees Celsius since late 2011.

As the above image illustrates, the anomalies are centered around the 60 degrees East longitude, and they are most prominent between latitudes 75 North and 80 North, i.e. the area between Novaya Zemlya and Franz Josef Land, as shown on the map below. 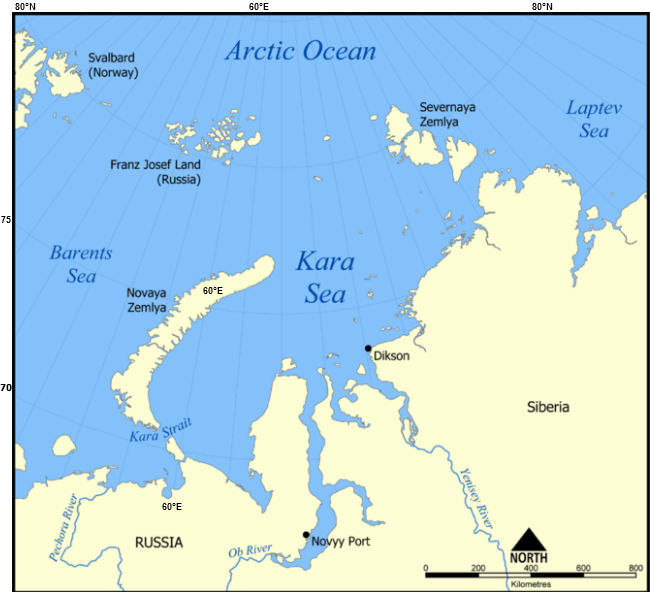 Not surprisingly, there's little sea ice in the area. The image below shows the sea ice as at January 15, 2012. 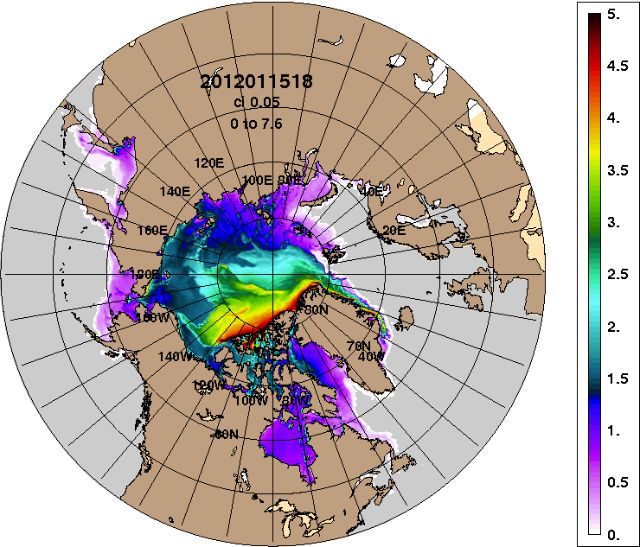 The animation also illustrates that much of the sea ice is moving along with the sea current, flowing out of the Arctic Ocean along the edges of Greenland into the Atlantic Ocean. Click on Read more if you don't see the animation. The animation is a 800 kb file that may take some time to fully load.

Click on image or go to U.S. Naval Research Lab for updated animation