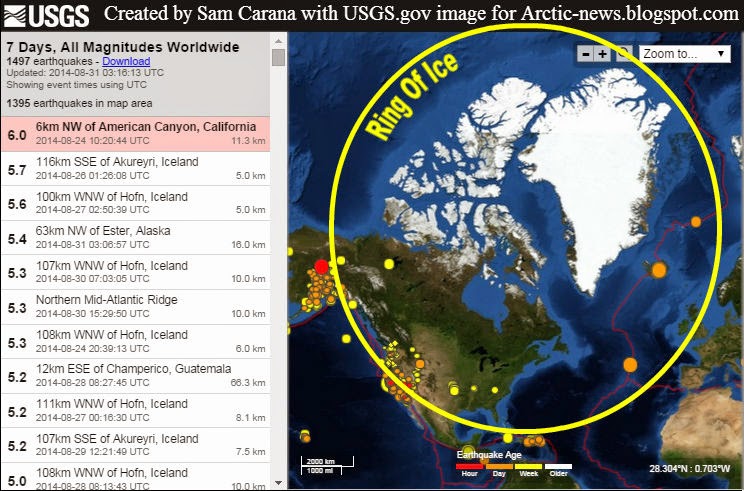 Prominence of earthquakes in North America and around Greenland has prompted a team of researchers led by Arctic-news blog editor Sam Carana to coin the phrase “Ring Of Ice” to describe what they see happening in the Arctic. 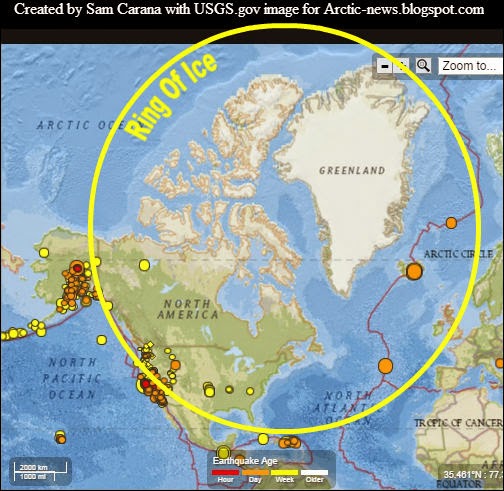 “Melting of ice in north Canada and on Greenland is causing pressure changes, resulting in seismic activity”, explains Sam Carana.

Heavy seismic activity is ocurring along the faultlines that constitute the border of the North American Plate, similar to the the heavy activity along the Ring Of Fire around the Pacific Ocean.

Seismic activity roughly follows the borders of the North American Plate, which includes Greenland. However, where the major fault bends away to the west following the Aleutian Islands, seismic activity continues north through Alaska along a line that extends over the North Pole toward Svalbard.

This northward path through Alaska is illustrated by the earthquakes on the image below. 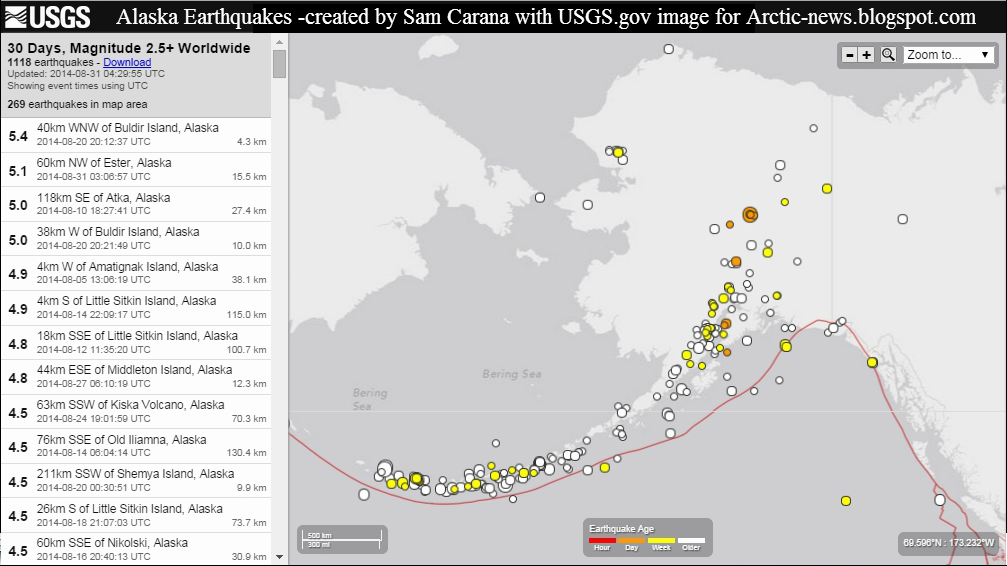 “Earthquakes are prominent along the entire border of the North American Plate”, Sam Carana adds, “but they increasingly appear to be taking this shortcut through Alaska and the underlying cause of this is melting of ice in north Canada and on Greenland”.

“This Ring Of Ice spells danger, just like the name Ring Of Fire indicates danger”, Sam Carana concludes. “The name Ring Of Fire warns about possible volcanoes, earthquakes, landslides and tsunamis. The Ring Of Ice seems even more dangerous, since seismic activity could destabilize methane hydrates contained in sediments under the Arctic Ocean, and could trigger huge methane eruptions. The fault line running from Greenland to Siberia is the most dangerous area on Earth in that respect”.