How to cool the Arctic

This page gives some history behind calls for ways to cool the Arctic and a comprehensive plan of action to deal with climate change.

Earlier calls for action included the March 2009 Open Letter to Dr Pachauri (IPCC head). The open letter called for lines of action including:


Adaptation was added as a further line of action in the Open Letter to Major Economies Forum on Energy and Climate. Concerns for the exponential decline of sea ice volume were voiced in the 2010 Open Letter on Arctic Sea Ice Loss. Further signatories were added later, while efforts to act on the threat of methane releases from the Arctic seabed had also been discussed among signatories for years (as reflected in documents such as this one), resulting in the formation of the Arctic Methane Emergency Group (AMEG). 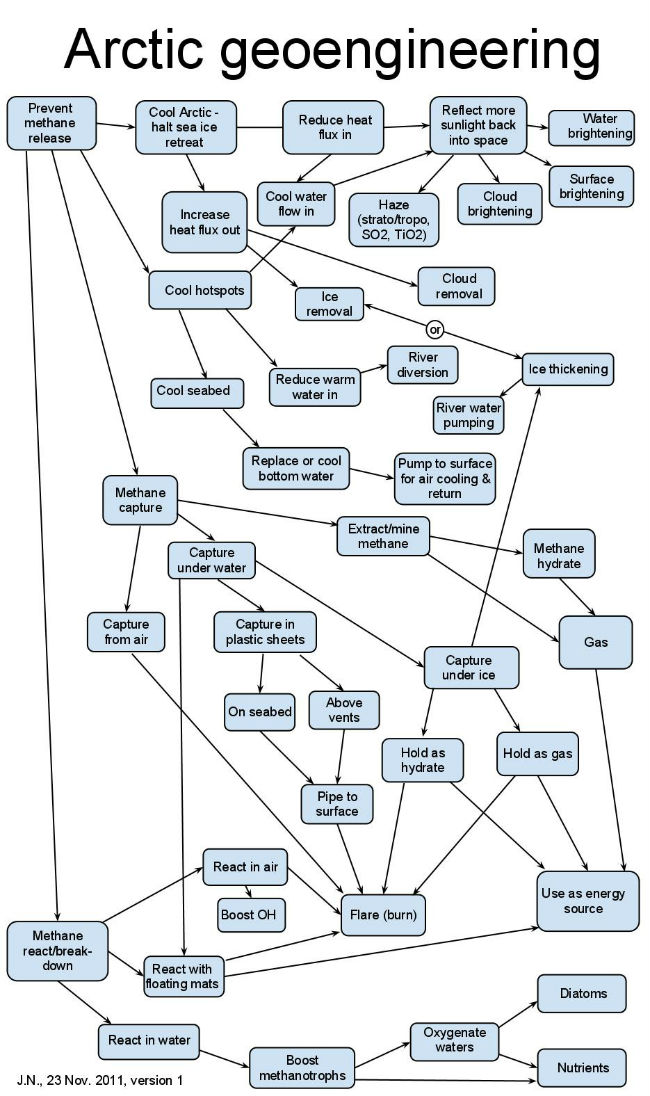 Above diagram was produced by John Nissen, with artwork by Sam Carana, as part of the brochure Arctic Methane Alert, distributed by the Arctic Methane Emergency Group during the AGU Fall Meeting, 2011. A copy of the brochure (pdf) can be downloaded from:
http://www.vmine.net/scienceinparliament/specials/12.pdf
and viewed online at:
http://www.flipdocs.com/showbook.aspx?ID=10004692_698290

A later version of this diagram is displayed below. 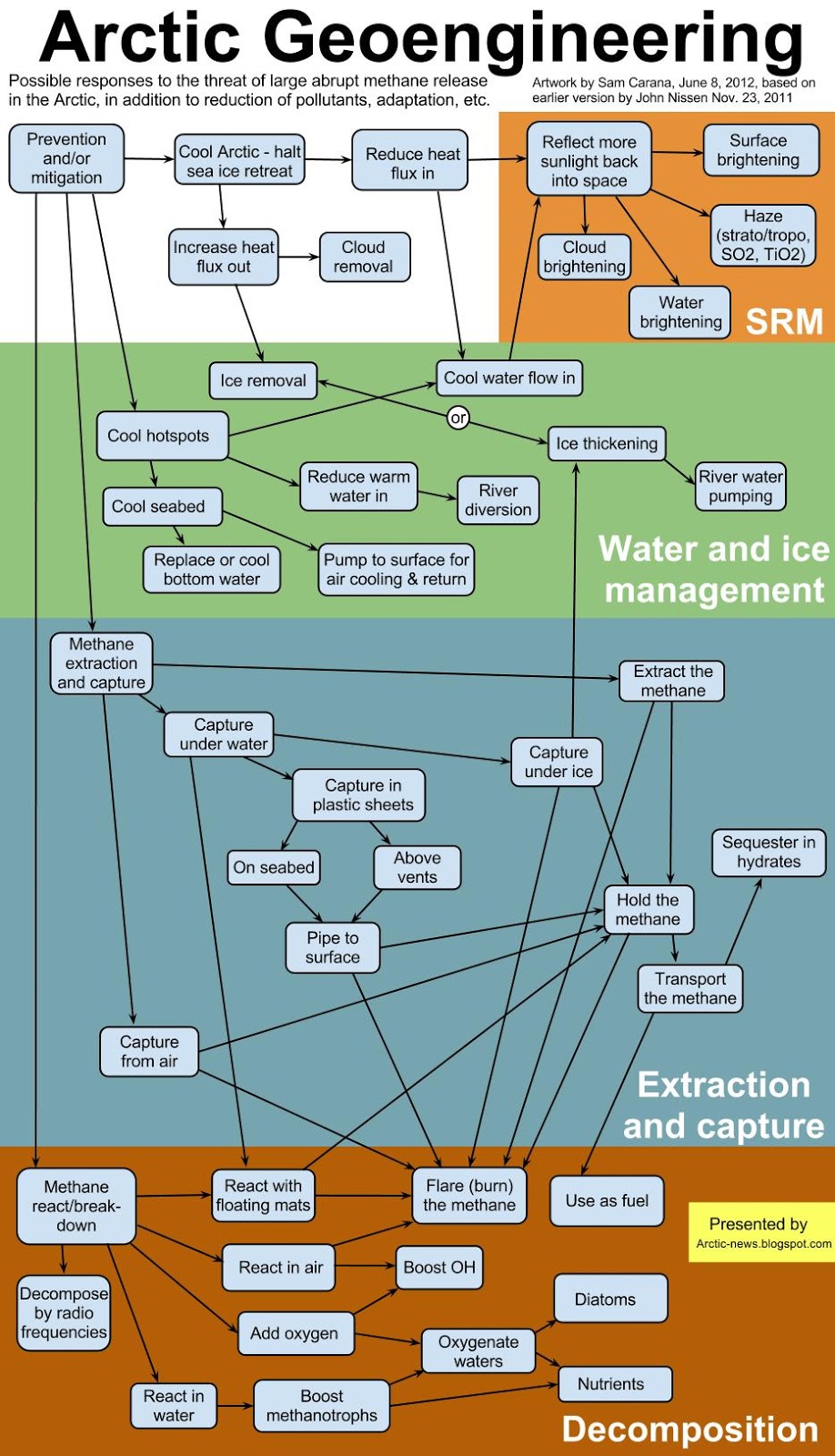 The four colored areas in above image fit into part 2 and part 3 of the Climate Action Plan pictured in the diagram below. 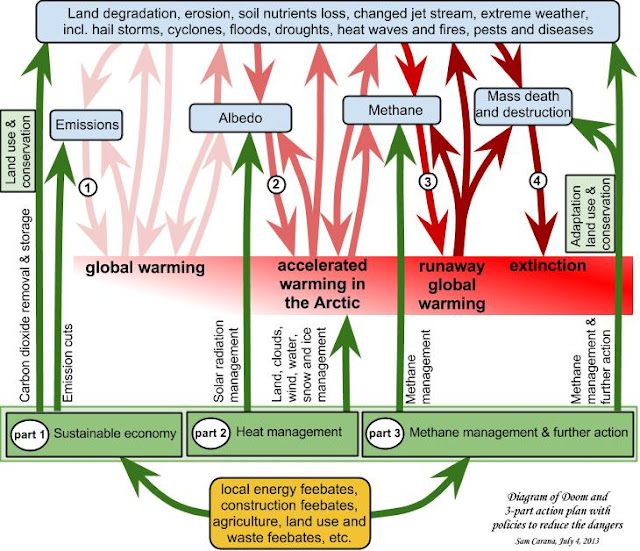 For an analysis of the above diagram, see the ClimatePlan Blog.