Earth is losing her sea ice. Arctic sea ice was at record low extent for the time of the year on March 24, 2017, as illustrated by the image below. 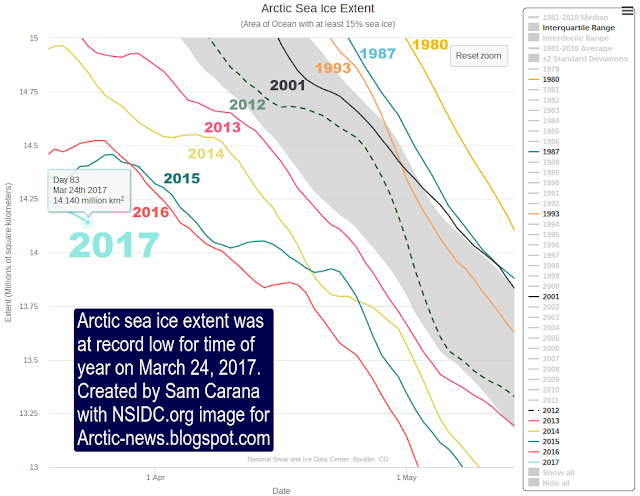 As the image below shows, on March 24, 2017, Arctic sea ice featured many cracks (top of Greenland is bottom left and Svalbard is on the right). 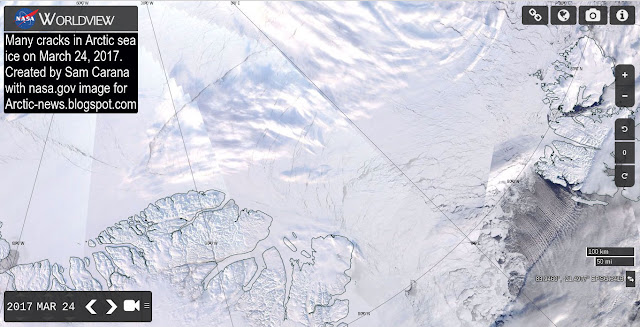 The poor state of Arctic sea ice is also reflected by the sea ice volume, as depicted by the image below, by Wipneus, showing PIOMAS anomalies up to March 2017. 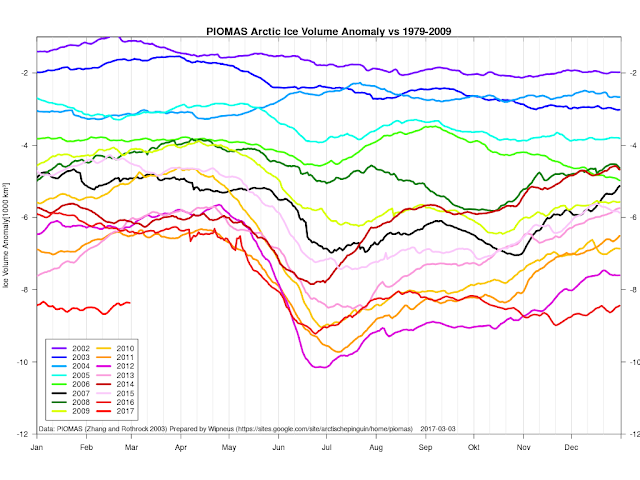 On March 24, 2017, Antarctic sea ice extent was also much lower than it used to be at this time of year, as illustrated by the image below. 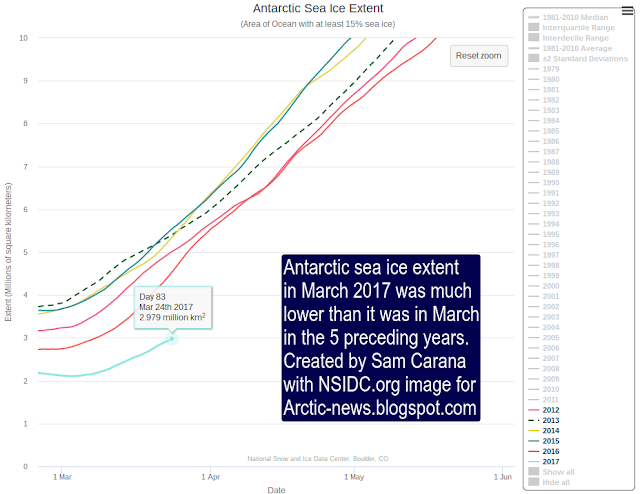 Altogether, global sea ice extent has now been at a record low for many months, as illustrated by the graph by Wipneus below. This means that a huge amount of additional sunlight has been absorbed over these months, instead of getting reflected back into space as before. 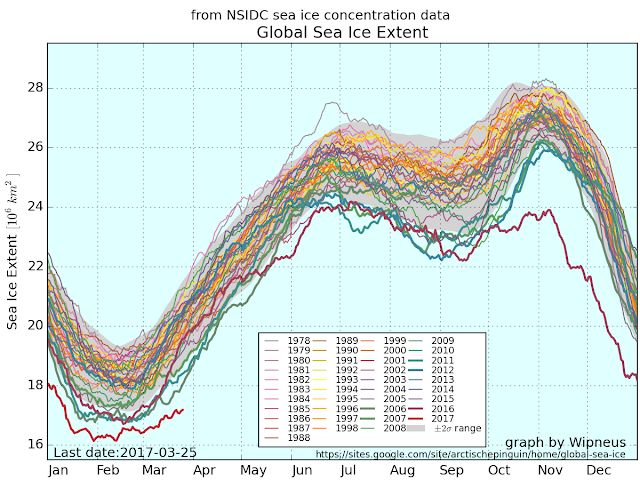 As Earth loses her sea ice, tipping point look set to be crossed that could result in rapid acceleration of Earth's temperature, as discussed at the extinction page, which warns that surface temperatures of the atmosphere could rise by some 10°C or 18°F within a decade, i.e. by 2026.