The Naval Research Laboratory's 30-day animation below shows how this situation developed, ending with a forecast for July 17, 2015, run on July 9, 2015.

The dramatic decline of the sea ice, especially north of North America, is the result of a combination of factors, including: 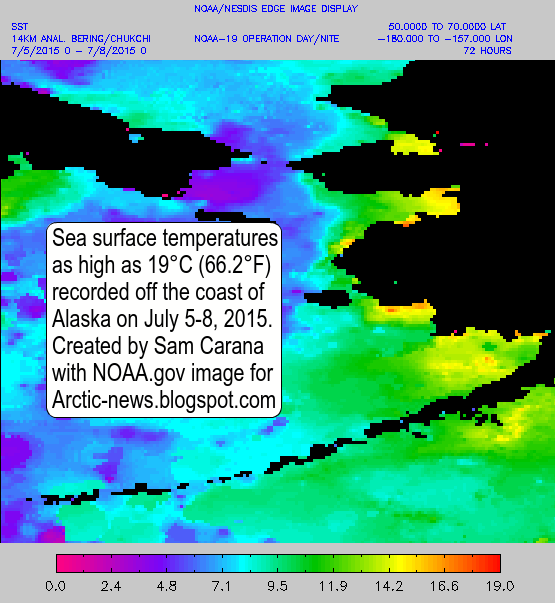 With still two months of melting to go before the sea ice can be expected to reach its minimum for 2015, the threat of sea ice collapse is ominous. The Arctic-News Blog has been warning for years about the growing chance of a collapse of the sea ice, in which case huge amounts of sunlight that previously were reflected back into space, as well as heat that previously went into melting the ice, will then instead have to be absorbed by the water, resulting in a dramatic rise of sea surface temperatures.

The image below shows the already very high sea surface temperature anomalies as at July 10, 2015. 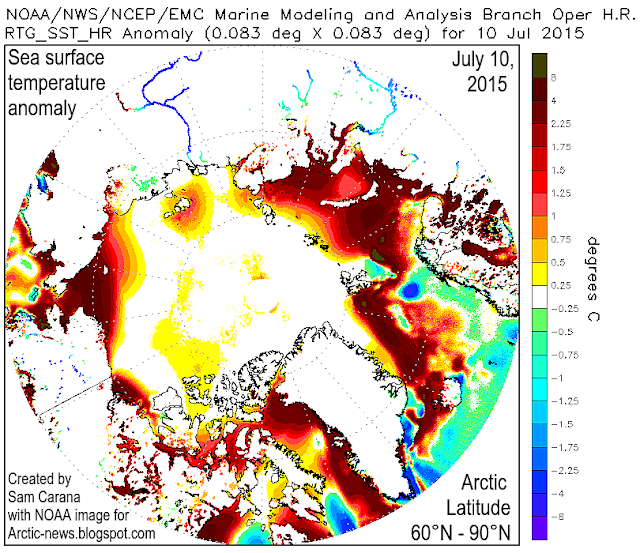 More open water will then come with an increased chance of storms that can cause high sea surface temperatures to be mixed down all the way to seafloor of the Arctic Ocean, which in many cases is less than 50 m (164 ft) deep.

Meanwhile, ocean heat is accumulating off the coast of North America, as illustrated by the image below showing sea surface temperature as high as 31.8°C (89.24°F) on July 8-9, 2015. 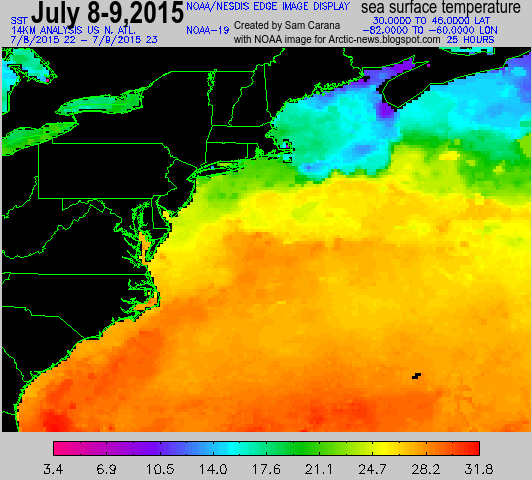 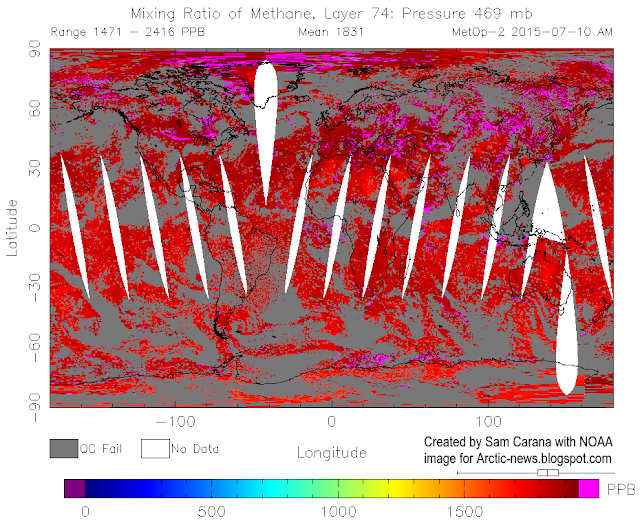 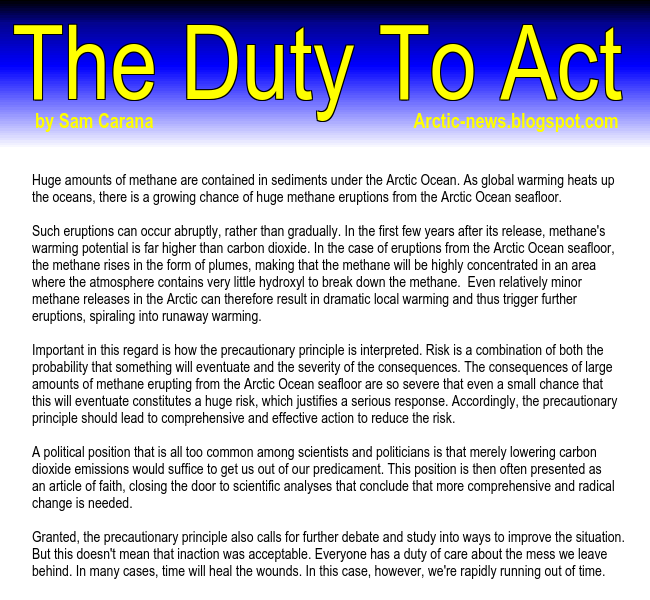