Above image shows that 2016 Arctic sea ice extent has been very low, if not at record low, up to April 30, 2016. This situation doesn't appear likely to improve, due to high ocean heat causing melting from below and high air temperatures that cause melting from above and that also cause water to warm up in rivers ending up in the Arctic Ocean.

The image below compares April 30 sea surface temperature anomalies between 2015 (left panel) and 2016 (right panel), showing that the sea surface in many areas is warmer in 2016 than it was in 2015. 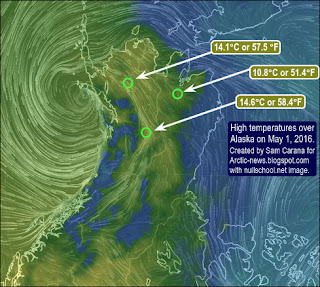 The Google reference map below shows a large part of the Arctic Ocean, including Alaska on the left and the Beaufort Sea at the bottom. The map has an added red square inset that indicates the outlines of the map further below, which zooms in further on the Beaufort Sea. 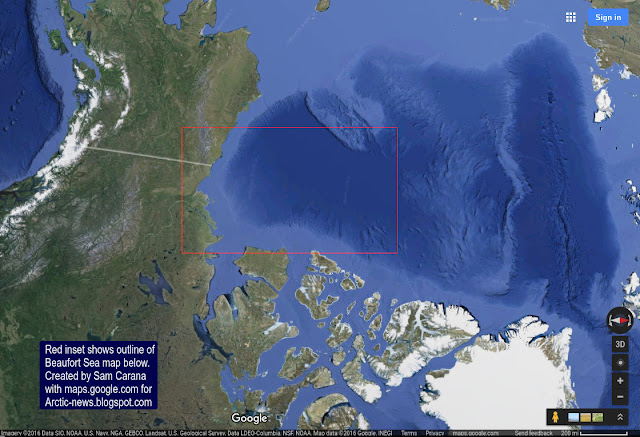 The April 26, 2016, NASA map below shows that, while it is in places still relatively thick, the sea ice in the Beaufort Sea is strongly fractured with much water showing up in the fractures, and even more water along the coast. 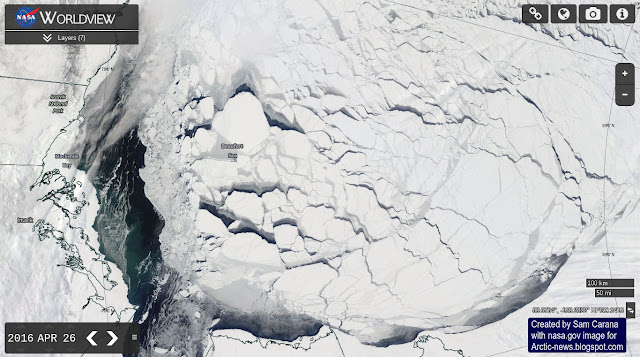 Worryingly, high methane peaks have been recorded recently, as high as 2810 ppb on April 29, 2016, as illustrated by the image below, showing a large area with high methane levels east of Greenland. 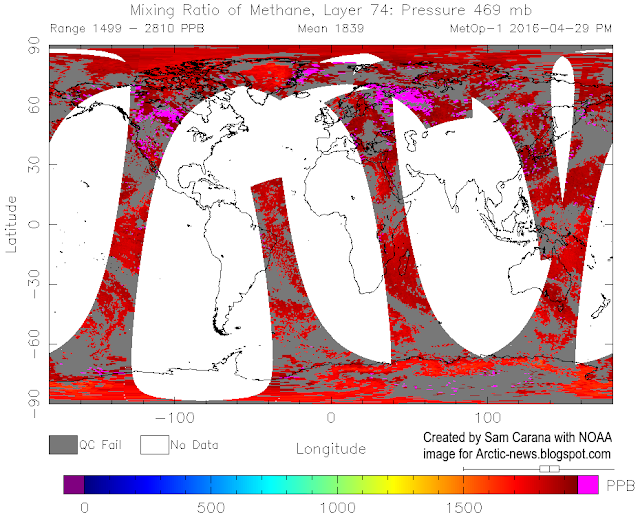 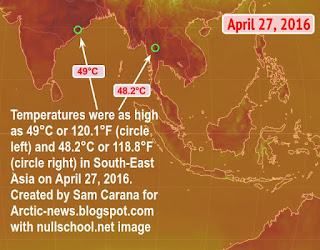 Meanwhile, the heatwave in South-East Asia continues, with temperatures as high as 49°C or 120.1°F recorded on April 27, 2016, as illustrated by the image on the right.

As the image below shows, temperatures do not appear to be coming down, with temperatures as high as 49.4°C or 120.8°F forecast to hit India on May 2, 2016 (at the location marked by the green circle).

As global warming continues, this will make humidity levels rise. A 3°C warming will cause about 25% increase in absolute humidity, which will make it feel at least 6°C hotter. Moreover, water vapor is a potent greenhouse gas, further accelerating global warming.