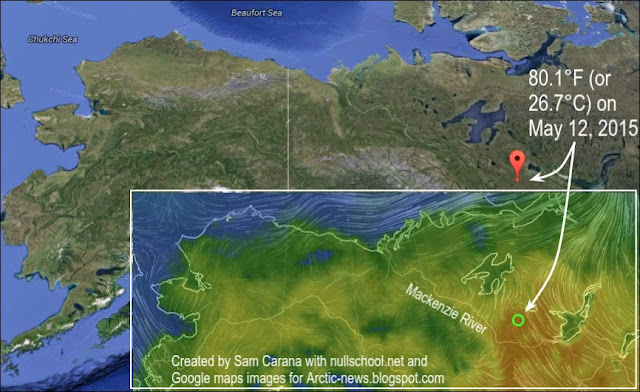 High temperatures in such locations are very worrying, for a number of reasons, including:
The image below shows increased sea surface temperature anomalies in the area of the Beaufort Sea where the Mackenzie River is flowing into the Arctic Ocean. 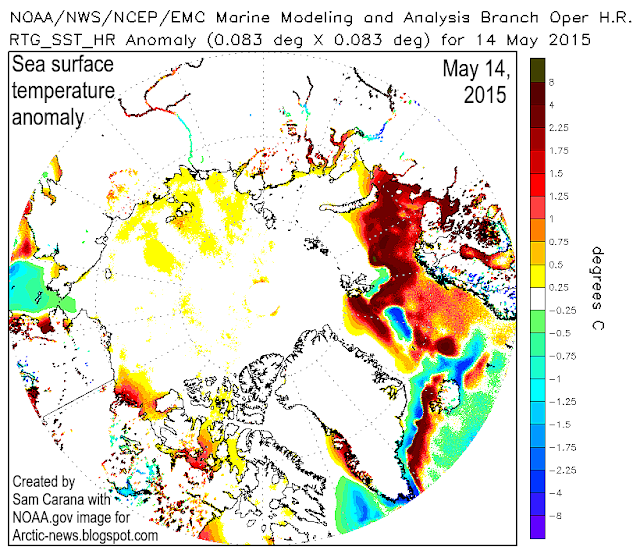 The image below further illustrates the situation, with sea ice thickness (in m) down to zero where the Mackenzie River flows into the Arctic Ocean.

Things look set to get worse. The forecast for May 16, 2015, shows high temperatures extending all the way to the coast where the Mackenzie River flows into the Arctic Ocean. 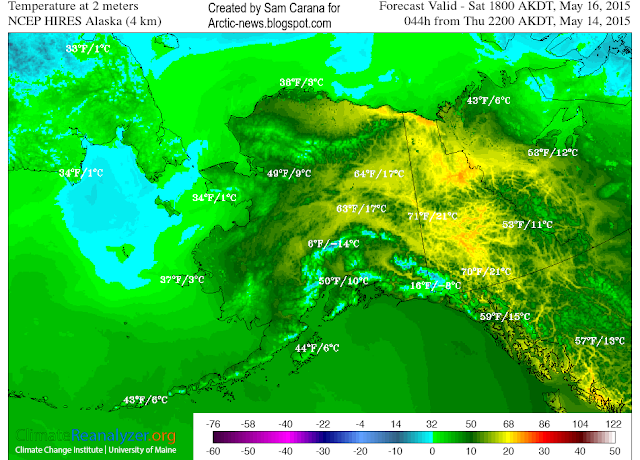 Updates follow below:
Alaska is hit by high temperatures as well. The image below shows temperatures as high as 25.3°C (77.54°F) at a location just north of latitude 66°N in Alaska. 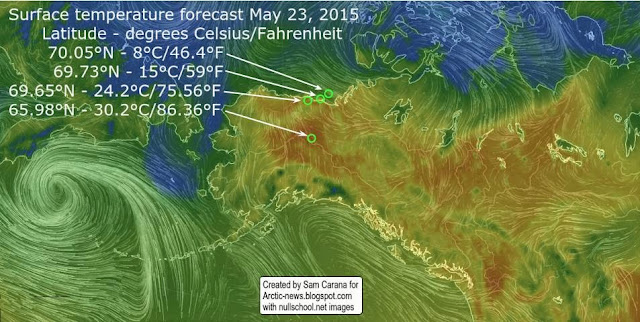 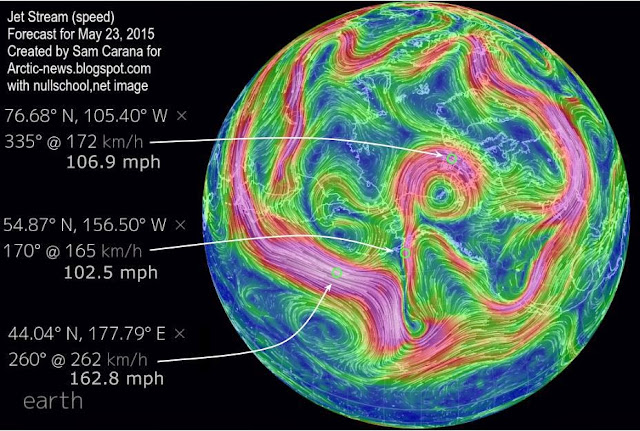 Looking at salinity is a way to see the impact of rivers. The animation below, created with Naval Research Laboratory images over the period May 16 to 20, 2015 (run on May 18, 2015), shows salinity levels falling where the Mackenzie River flows into the Arctic Ocean.

Salinity works in several ways. Falling salinity will increase the temperature at which the sea ice melts. However, such an increase can only temporarily hold back melting, as illustrated by the combination image below, comparing sea ice thickness between May 7 and May 18, 2015.

Let's have a look at some of the feedbacks that haven't been discussed much in earlier posts. The potential for rivers to contribute to sea ice decline is depicted in the diagram below (feedback #24), i.e. extreme weather causing warming of rivers that flow into the Arctic Ocean. Furthermore, evaporation rates are higher over fresh water surfaces than over saline water surfaces (feedback #26) and the resulting increase in water vapor and clouds contributes to further warming (feedback #25), while rain falling on the sea ice will also cause its albedo to decline. The latter feedback also closes some loops. in that sea ice retreat results in more open water, in turn resulting in more water vapor and clouds. 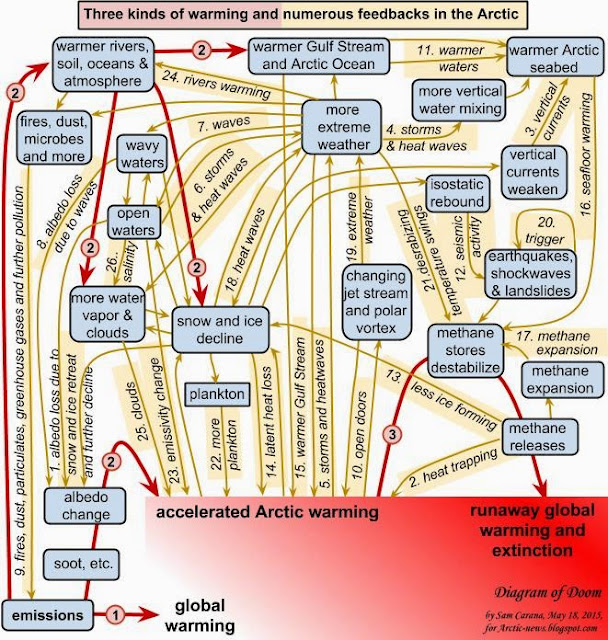 Another feedback is that, as more sea ice turns into open water, less infrared radiation will be emitted and sent out into space, since open oceans are less efficient than sea ice when it comes to emitting in the far-infrared region of the spectrum (feedback #23). Furthermore, as sea ice declines, the increase in Arctic phytoplankton warms the ocean surface layer through direct biological heating (feedback #22).

For more discussion of these feedbacks, see the feedbacks page. In conclusion, the situation is dire and calls for comprehensive and effective action, as discussed at the Climate Plan page.

Forecast for May 16, 2015, showing high temperatures extending all the way to the coast where the Mackenzie River flows...
Posted by Sam Carana on Friday, May 15, 2015