On May 27, 2015, Arctic sea ice extent was merely 11.973 million square kilometers, a record low for the time of the year since satellite started measurements in 1979. 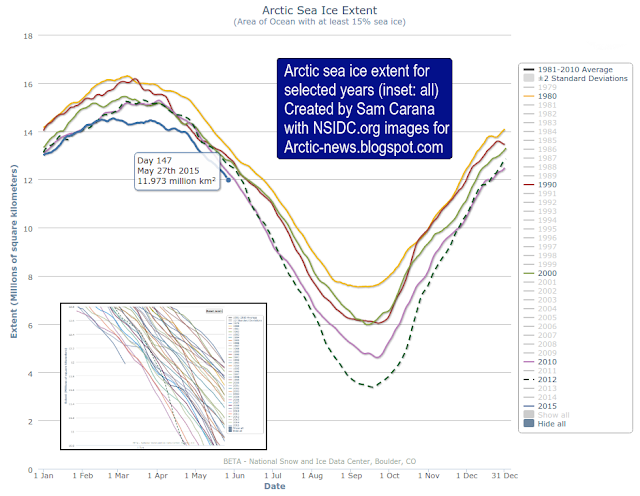 This fall in sea ice extent follows heat waves in Alaska and the north of Canada, as illustrated by the image below.

High temperatures extended over the Beaufort Sea and Chukchi Sea. The image below shows the difference in sea surface temperatures between May 13, 2015, and May 23, 2015.

The large amounts of meltwater flowing into Beaufort Sea and the Chukchi Sea is illustrated by the image below, showing the difference in sea surface salinity between May 17, 2015, and May 24, 2015. 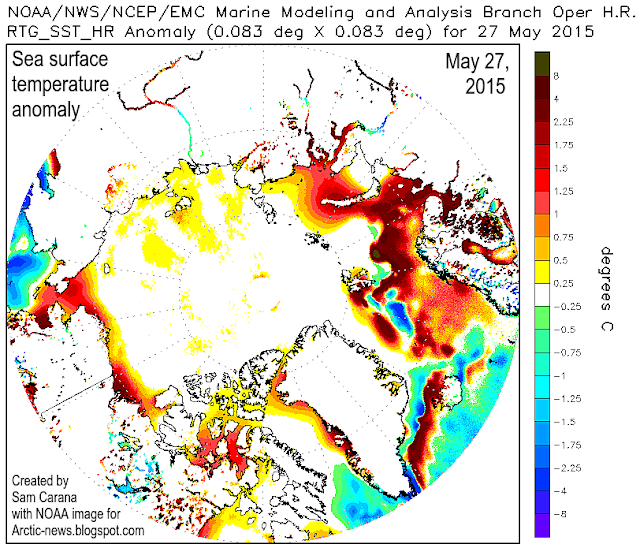 For reference, the animation below, from the Naval Research Laboratory, shows sea ice thickness over a 30-day period, including a forecast up to June 4, 2015.

Update: here's an image showing Arctic sea ice extent up to May 28, 2015, highlighting that sea ice extent is now well outside 2 standard deviations. 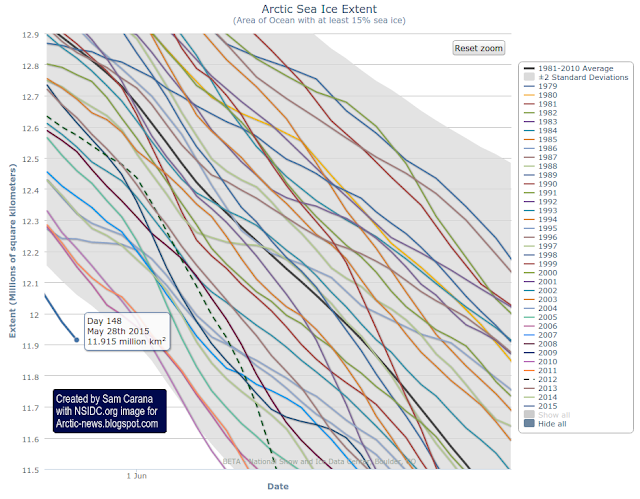 Arctic Sea Ice in Uncharted Territory Sea ice has retreated dramatically in the Chukchi Sea and the Beaufort Sea, and...
Posted by Sam Carana on Thursday, May 28, 2015