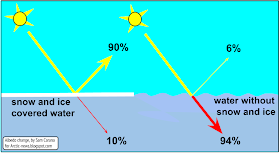 Once the sea ice is gone, further heat must go elsewhere, i.e. it will typically raise the temperature of the water. The atmosphere will also warm up faster. More evaporation will also occur once the sea ice is gone, further warming up the atmosphere (technically know as latent heat of vaporization). As temperatures in the Arctic are rising faster than at the Equator, the Jet Stream will change, making it easier for warm air to enter the Arctic. More clouds will form over the Arctic, which will reflect more sunlight into space, but which will also make that less outward IR radiation can escape into space over the Arctic, with a net warming effect.

One huge danger is that, as the buffer disappears that until now has consumed huge amounts of ocean heat, further heat will reach methane hydrates at the seafloor of the Arctic Ocean, causing them to get destabilized and release methane. 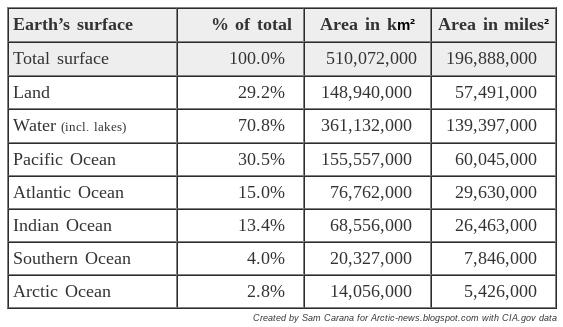 7. Expansion of forests in the European Arctic could result in the release of carbon dioxide, University of Exeter news, June 18, 2012
http://www.exeter.ac.uk/news/featurednews/title_214902_en.html

- Big changes in the Arctic within years
arctic-news.blogspot.com/2012/10/big-changes-in-arctic-within-years.html

- Albedo change in the Arctic threatens to cause runaway global warming
http://arctic-news.blogspot.com/2012/10/albedo-change-in-the-arctic-threatens-to-cause-runaway-global-warming.html